The main purpose of the Programme is to act as planning document for implementing Council Regulation (EC) No 1085/2006 of 17 July 2006 establishing an Instrument for Pre-Accession Assistance (IPA) for the period 2007-2013.

The document has been prepared by the Ministry of Agriculture, Forestry and Water Economy (MAFWE) with the technical support provided by the Structural and Legal Reforms Project funded by the EU, in close collaboration with the Commission, other relevant institutions and the economic and social partners at various levels.

The drawing-up of the Programme, the implementation and the follow-up mechanisms are in compliance with the Common provisions set in the Commission Regulation (EC) No 718/2007 and in specific with the Principals for Assistance (Article 3) and the provisions for IPA for Rural Development (Title IV) and thus facilitate the transition process of implementation of the Acquis communautaire. The Programme is subject of the Commission’s approval referred to in Article 6 of the Commission Regulation (EC) No 718/2007.

The Ministry of Agriculture, Forestry and Water Economy has overall responsibility for this Programme.

In the first stage of elaboration, the principal priorities were identified in consultation with various agriculture sector stakeholders. Initially, independent in-depth studies were prepared for four agri-food sub-sectors (milk and dairy, meat and meat products, fruit and vegetables and wine and grapes) to identify the major weaknesses to be addressed and potentials to be boosted. The four sub-sectors were selected based on their importance in the agricultural GDP and according to the process of adoption of the EU Acquis according to the NPAA.

PRIOR ANNOUNCEMENT the publication of a Public Notice 01/2019

PRIOR ANNOUNCEMENT the publication of a Public Notice 01/2019 for submission of applications for allocation of funds from the fifth [...] 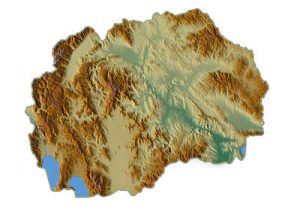